Hackelia venusta makes up for its short stature, being only 8-16 in. (20-40) cm tall, by a splashy display of large, showy white flowers. This beautiful plant is the rarest in Washington, found at only one site in the entire state, and nowhere else in the world. The Showy stickseed is restricted to an area of less than two and a half acres on a slope within 330 feet (100 m) of a major state highway. The slope that they grow on is extremely unstable, and susceptible to landslides and disturbance by hikers and potential plant collectors, or even those only wanting to take photographs. Only two populations of true Hackelia venusta have ever been found, within about 12 mi. (20 km) of each other in Chelan County, Washington. The plant was first discovered in 1920 in Tumwater Canyon. In 1948 an occurrence of Hackelia venusta was reported near Merrit, Washington, but recent efforts to relocate this site have been unsuccessful. Changes in land-use have most likely caused the extirpation of the plants in this area (USFWS 2000). The sole remaining population is at the original discovery site. Although the population is still present, it has exhibited a clear downward trend over recent years. A survey in 1968 estimated that the population covered "a few hundred acres." In 1981, this population contained 800-1000 individuals. By 1984, only 400 were observed, covering 12 acres. Presently only 300-500 individuals remain in this population (WNHP 2017). Several populations of what was considered to be H. venusta were found high in the mountains, at elevations near 6,300-7,400 ft (1,920-2,255 m). Questions arose as to whether they could be considered the same species. They were observed to be shorter in stature and had smaller, blue tinged flowers. Due to the distance between the populations and differences in flowering time, the blue and white forms are incapable of naturally interbreeding (US Fish and Wildlife Service, 2000). Observations and genetic studies have indicated that they are indeed different species. The blue form has recently been named H. taylori. A major landslide completely destroyed one of the populations in 1994 or 1995, but subsequently a couple more populations have been documented. Although H. taylori is known from only four locations, it has not been listed as threatened or endangered.

Fruit of Hackelia venusta: notice the prickles that give the plant its common name, 'stickseed'. Photo Credit: Jim Barrett 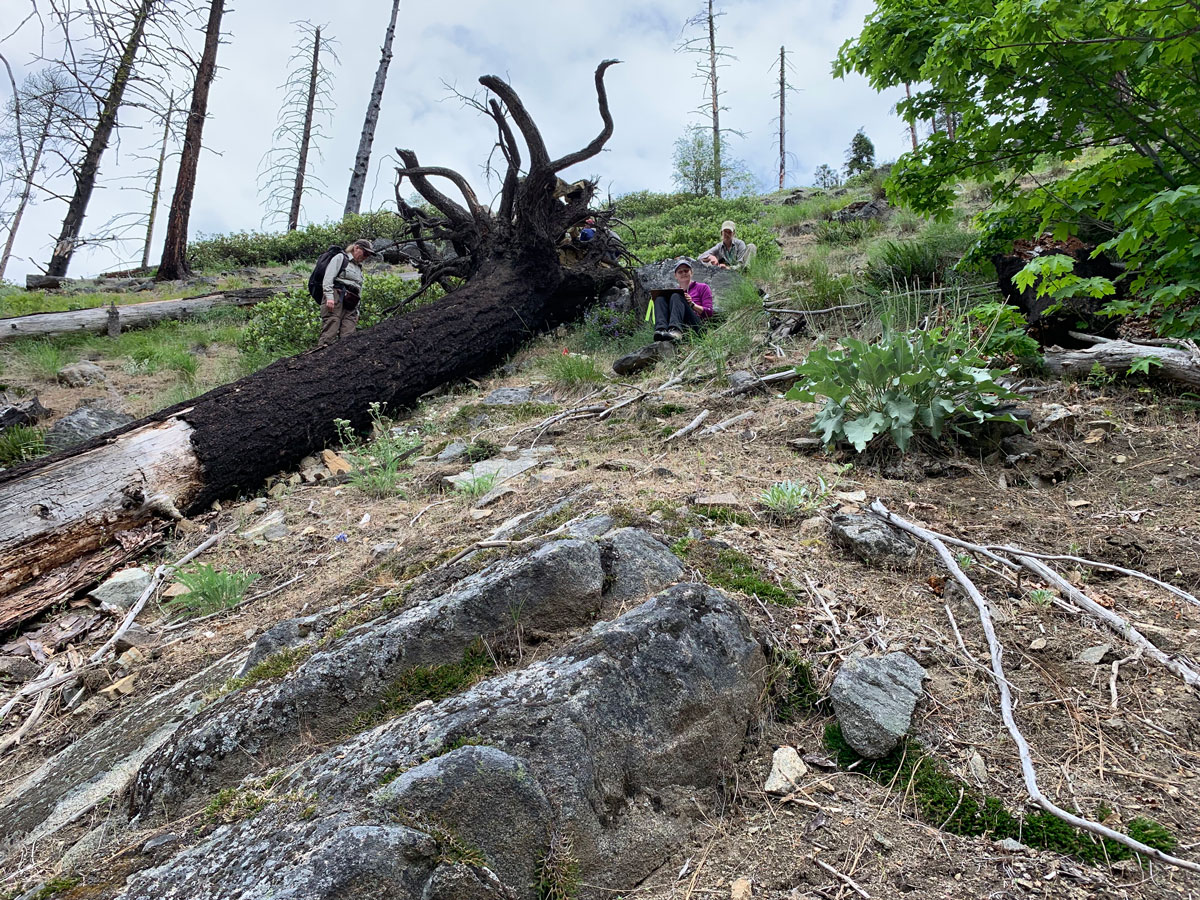 The Lone Population on a Slippery Slope

Though showy stickseed may be adapted to the loose-soiled and steep environment ...

Hackelia venusta grows on steep slopes (25-70 degrees) composed of loose, well-drained granitic sand and broken rocks at an elevation of approx. 1600 to 2500 ft (480 -765 m) in the dry eastern slopes of the Washington Cascades. The plants grow in openings within the Ponderosa pine and Douglas-fir forests which are maintained by occasional wildfires.

Hackelia venusta grows in the openings of ponderosa pine (Pinus ponderosa) and Douglas-Fir (Pseudotsuga menziesii) forests. The loose, rocky soil characteristically supports little competing vegetation and contains low levels of soil-organic matter. This habitat is maintained by occasional burning and minor habitat disturbances. In the past 100 years, there have been great efforts to control or eradicate forest fires. The suppression of fire has hurt this population by allowing trees and shrubs to flourish causing shading and crowding of the showy stickseed. The loss of suitable habitat is the primary cause of the decrease in population numbers. Without occasional fires, organic material may accumulate to such levels as to result in hotter burning fires. A fire now would be very detrimental to the population, as these hot fires are capable of destroying everything in their path. A hot burning fire will damage the root of the plant, leading to plant death, whereas a cooler burning fire would only damage the above ground portions of the plant, allowing it to grow back the following year. Large, hot burning fires could also increase the likelihood of a major landslide by destroying the root structure of the plants that normally stabilize the soil. (USFWS 2000). As the common name suggests, seeds are dispersed by clinging to passing animals. The fruits of the showy stickseed are spurred and covered with stout hairs that cling to the hair and bodies of animal. They can even cling to the smooth skin on the palm of one's hand (USFWS 2000). 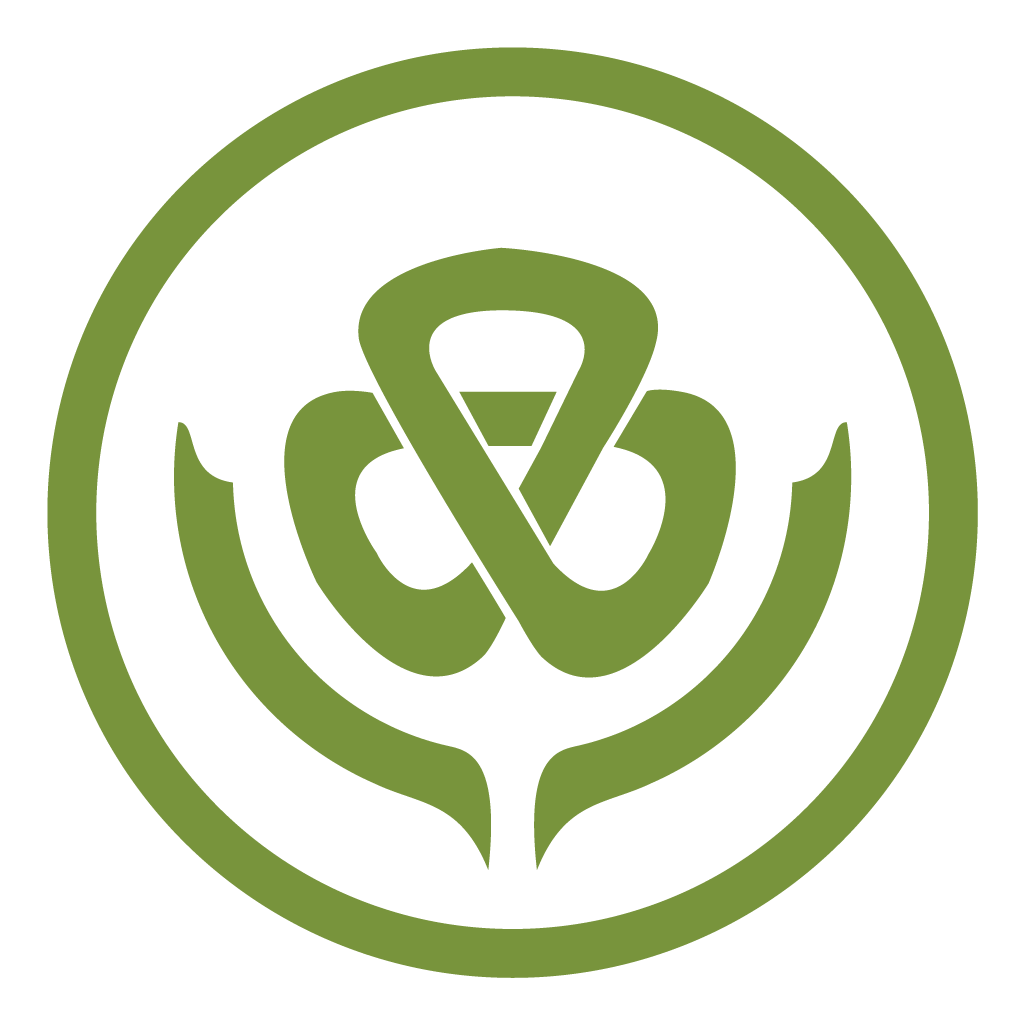 Wendy Gibble of the Rare Plant Care and Conservation Program (Rare Care) at University of Washington Botanic Gardens is monitoring the showy stickseed in Okanogan-Wenatchee National Forest. She and her team are working to find new reintroduction sites using habitat models. With the US Forest Service they are developing a management plan for the future restoration. See the full story here.

Donate to CPC to Save this Species

Fall fundraising drive has begun! We're looking for 2,500 people to protect our planet. With you by our side, we will build a future where people live in harmony with nature. Come help and become a CPC donor today.