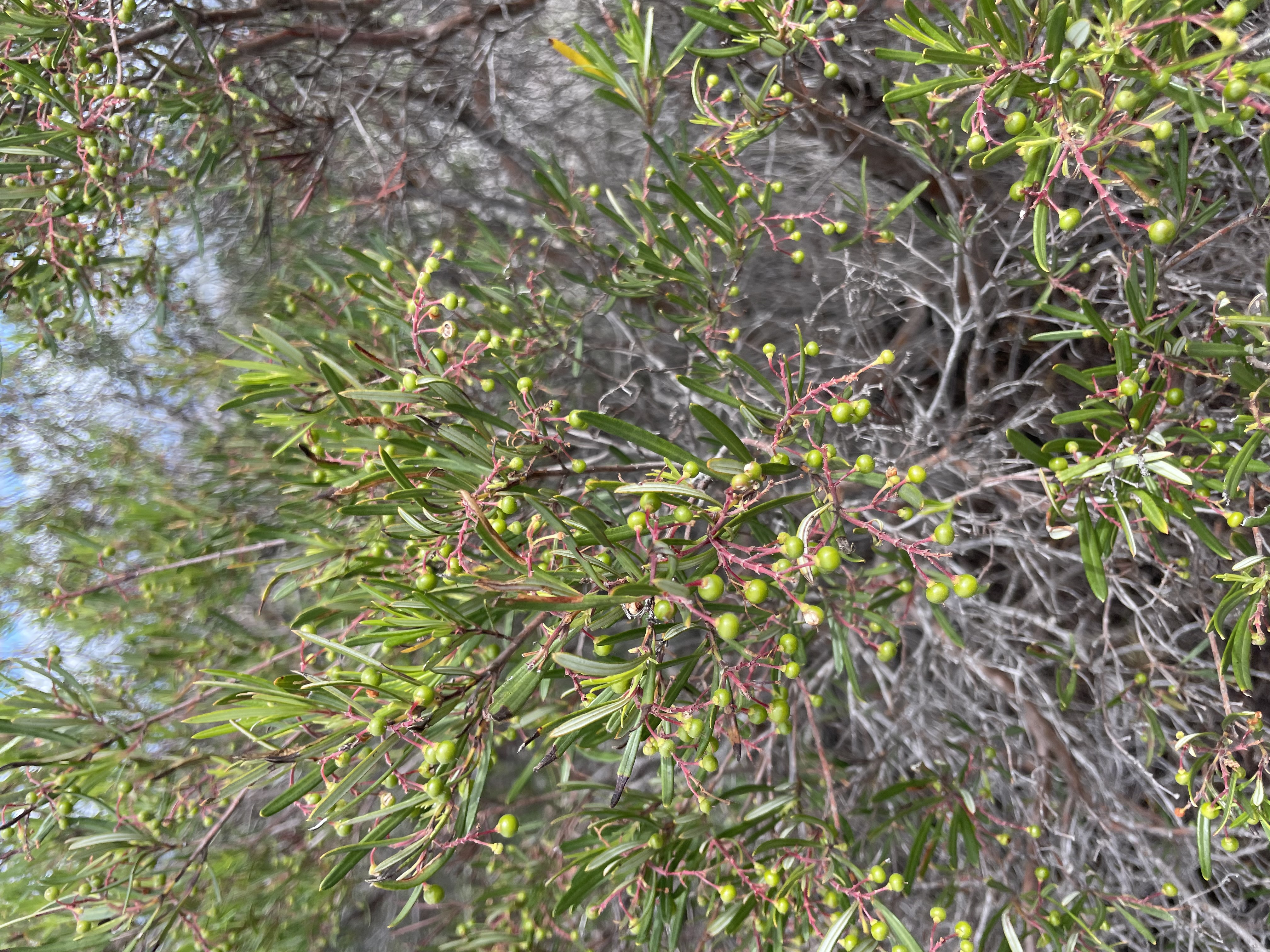 In the United States, the Baja California bird bush (Ornithostaphylos oppositifolia) is known from a single occurrence along the US/MX border, which has been previously impacted by fence construction.  The restored plants are setting a lot of fruit this year.  It is also found in Baja California, Mexico, where it is found all the way to the southern extreme of the California Floristic Province.

I allow this image to be used by the Center for Plant Conservation for outreach, training, education, advancement, and web development.

I allow other Plant Nucleus users to use this photo under the conditions of a Creative Commons Attribution-NonCommercial-ShareAlike 4.0 (CC BY-NC-SA 4.0) License. This license lets others remix, tweak, and build upon your work non-commercially, as long as they credit you and license their new creations under the identical terms.