In this month’s issue of Save Plants, we feature our much beloved and long-standing partner, The Garden Club of America (GCA). GCA has embodied the ideals of plant conservation since its inception in 1913. Since then, the organization has gone on to become one of the most influential conservation organizations in the country, advocating for plants and supporting efforts which advance the research and conservation of plants. The Center for Plant Conservation (CPC) has partnered with GCA to award the Catherine H. Beattie Fellowship, which supports up and coming plant conservationists in their aspirations to become tomorrow’s leaders in our joint efforts to Save Plants. Read on to learn how GCA supports plant conservation as well as to learn more about the Beattie Fellowship and those who have benefited from this award. As both the GCA and CPC support these budding plant conservationists, we all benefit from our increased understanding of and love for plants.

Each year, The Garden Club of America (GCA) and the CPC together award the Catherine H. Beattie Fellowship to graduate students in biology, horticulture, or a related field. The purpose of the award is “to promote conservation of rare and endangered flora in the United States, with preference given to students whose projects focus on the endangered flora of the Carolinas and southeastern United States.” The fellowship was established to honor Catherine H. Beattie. who served as a director and board member of the GCA and served as president from 1981 to 1983. The first fellowship was given by the Fullerton Foundation in 1983.

Dede Neal Petri is the 42nd president of The Garden Club of America. In her “former lives,” she has been a First Amendment lawyer, CEO of a higher education nonprofit and general counsel of the National Endowment for the Humanities. She previously served as Garden Committee chair and president of All Hallows Guild of the Washington National Cathedral, as well as a board member of the National Association of Olmsted Parks; the National Wildlife Refuge Association; Paine Art Center and Gardens, and Friends of the National Arboretum. Dede is currently on the advisory board of Seed Your Future, a national movement focused on the value and importance of plants and the people who work in the art, science, technology, and business of horticulture. “Conserving rare and endangered flora is key to biodiversity and biodiversity is key to a healthy plant,” Dede said. “That is why we are so honored to be working with the Center for Plant Conservation to support Beattie Fellows who can lead the way when it comes to conservation horticulture.”

The Garden Club of America is a national leader in the fields of horticulture, conservation, and civic improvement.

From the time of its founding, The Garden Club of America has been an active force in the promotion of environmental awareness and the preservation of natural resources. Founded in 1913, The Garden Club of America is a volunteer nonprofit organization comprised of 200 member clubs and approximately 18,000 club members throughout the country. GCA members passionately devote their energies and expertise to a wide array of projects in their communities and across the nation.

The purpose of The Garden Club of America is to stimulate the knowledge and love of gardening, to share the advantages of association by means of educational meetings, conferences, correspondence and publications, and to restore, improve, and protect the quality of the environment through educational programs and action in the fields of conservation and civic improvement. To promote greater understanding of the interdependence of horticulture, environmental protection, and community improvement, The Garden Club of America annually awards over $300,000 in scholarships. (Information taken from GCA website.)

Yasmin A. Khan MSc. Candidate, Halmos College of Natural Sciences & Oceanography from Nova Southeastern University – research on the endangered Florida lupine species, Lupinus aridorum. This project extends the efforts of the Bok Tower Gardens’ Rare Plant Conservation Program in studying the endemic, endangered plant species within the state by adding a metagenomics component to the traditional horticulture methodology already in use.

Highlights of Three of Our Past Recipients 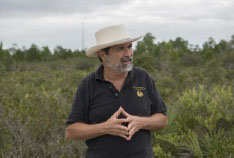 Pedro used the award to work on his PhD, which focused on an assessment of the effects of habitat spatial structure and disturbance on the persistence of an endemic and rare plant, Hypericum cumulicola. Pedro notes that he has “continued working on this for the rest of my academic career.”

“My research concentrates on the interactive role of human induced changes in disturbance and spatial structure on species persistence and community integrity. I am interested in understanding how variation in disturbance frequency, intensity and heterogeneity alter species life history and community dynamics. I consider fundamental assessing the effect of habitat destruction and fragmentation on species colonization and extinction dynamics, and species interactions. My research evaluates, through hypothesis testing, the combined effect of alterations in disturbance and habitat spatial structure due to the pervasive consequences of human activity. I visualize regional landscapes as dynamic mosaics of communities shaped by the interaction of natural and anthropogenic influences. My research agenda contributes to the scrutiny of biological concepts, the evaluation and recommendation of management strategies, and the development of restoration plans. To reach these goals, I combine long-term data collection, short-term studies, field experiments, and modeling. My studies merge analysis at different spatial scales. I rely on collaborations with colleagues to expand and complement my research efforts.” 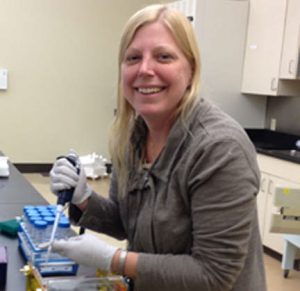 The first part of Christy’s project was the reconstruction of the phylogeny of Conradina, which resulted in two publications: “Phylogeny of Conradina and related southeastern scrub mints (Lamiaceae) based on GapC gene sequences” in the International Journal of Plant Sciences (with D. Lefkowitz, D.E. Soltis, and P.S. Soltis); and “Molecular phylogeny of Conradina and other scrub mints (Lamiaceae) from the southeastern USA: evidence for hybridization in Pleistocene refugia?” in Systematic Botany (with D.E. Soltis and P.S. Soltis). In the second part of her project, she conducted population genetic analysis of all of the species of Conradina, using microsatellites instead of AFLPs. The results helped clarify species boundaries and indicated that Conradina brevifolia was a distinct species and worthy of protection. It also identified a new, cryptic species of Conradina. Three papers resulted from this portion of the project: “Using population genetic data as a tool to identify new species: Conradina cygniflora (Lamiaceae), a new endangered species from Florida” in Systematic Botany (with W.S. Judd, G.M Ionta, and B. Herring; ”

Using patterns of genetic structure based on microsatellite data to distinguish between recent hybridization, ancient hybridization, and incomplete lineage sorting in Conradina” in Molecular Ecology (with D.E. Soltis and P.S. Soltis); and “Isolation, characterization, and cross-species amplifications of microsatellite loci in Conradina” in Molecular Ecology Resources (with D. Soltis and P.S. Soltis).

Christy is currently a conservation geneticist at the Missouri Botanical Garden, an honorary adjunct professor at Washington University in St. Louis and an adjunct assistant professor at the University of Missouri-St. Louis. She leads the Conservation Genetics lab and research program. Her research focuses on using population and quantitative genetics approaches to help understand the ecology and evolutionary biology of endangered plant species and using genetic data to aid in applied in-situ and ex-situ conservation efforts.

“This is something I’m particularly proud of. The Fellowship sponsored by CPC and GCA truly launched my career. The Beattie holds a special spot in my heart.

“I remain so grateful to the Center for Plant Conservation and the Garden Club of America for the Beattie Fellowship. The experience changed by life and kicked open doors for me and for conservation work for two more decades (and counting!). I relish the chance to say thank you.”

With part of the Catherine Beattie fellowship, Jennifer was able to travel to six different eastern and Midwestern gardens that were active in conservation. Jennifer’s goal was to hear the stories, the solutions, and the challenges of each. The gardens visited were Fairchild Tropical Garden in Miami, Florida; Missouri Botanical Garden in St. Louis, Missouri; Bok Tower Gardens in Lake Wales, Florida; North Carolina Botanical Garden in Chapel Hill, North Carolina; The Garden of the Woods in Framingham, Massachusetts; and the Arnold Arboretum of Harvard University, Jamaica Plain, Massachusetts. Jennifer states that “based on the volumes of information gathered from these six gardens, we defined 12 tenets or principles we wanted to include in our strategic plan (see box). This framework included decisions such as: 1) designate one full time staff member strictly to conservation activities, instead of asking a current staff member to juggle the work with their current load, and 2) network with neighboring gardens and conservation organizations to limit duplication and increase collaboration in research, education, and display activities.” The other part of the fellowship project was the allozyme analysis of known populations of Baptisia arachnifera. Jennifer, along with partners in the Georgia Plant Conservation Alliance, still work on the recovery of this species.

2016 Lynnaun Johnson, PhD candidate at Northwestern University in Evanston, Illinois. He is researching the carbon nutrition and mycorrhizal fungi relationships of the Ghost Orchid (Dendrophylax lindenii), an endangered, leafless, epiphytic orchid native to Florida. His research will provide much needed data about the nutrient needs and fungal relationships of this rare and charismatic orchid species found in Florida’s swamps. This study will provide knowledge for future conservation initiatives of epiphytic orchids.

2016 Tracy Cook is a first-year master’s candidate in the Department of Biological and Environmental Sciences at Alabama A & M University and assistant curator at the Huntsville Botanical Garden. Her research involves the identification of topographical, edaphic, and ecological variables that limit where the endangered Huntsville Vase Vine (Clematis morefieldii) grows naturally. Quantitative evaluation and spatial analysis will be used to predict the locations of unknown populations, clarify habitat requirements, and provide a baseline from which the effects of land management may be assessed.

“One of our two Lyonia truncata var. proctorii is about to flower!

These plants were grown from seed collected by CESFO staff in May 2016, and sown by Field Botanist Jimmy Lange, after he carefully researched the best germination methods. Hopefully we will soon have seed from these plants, which we can bank.” 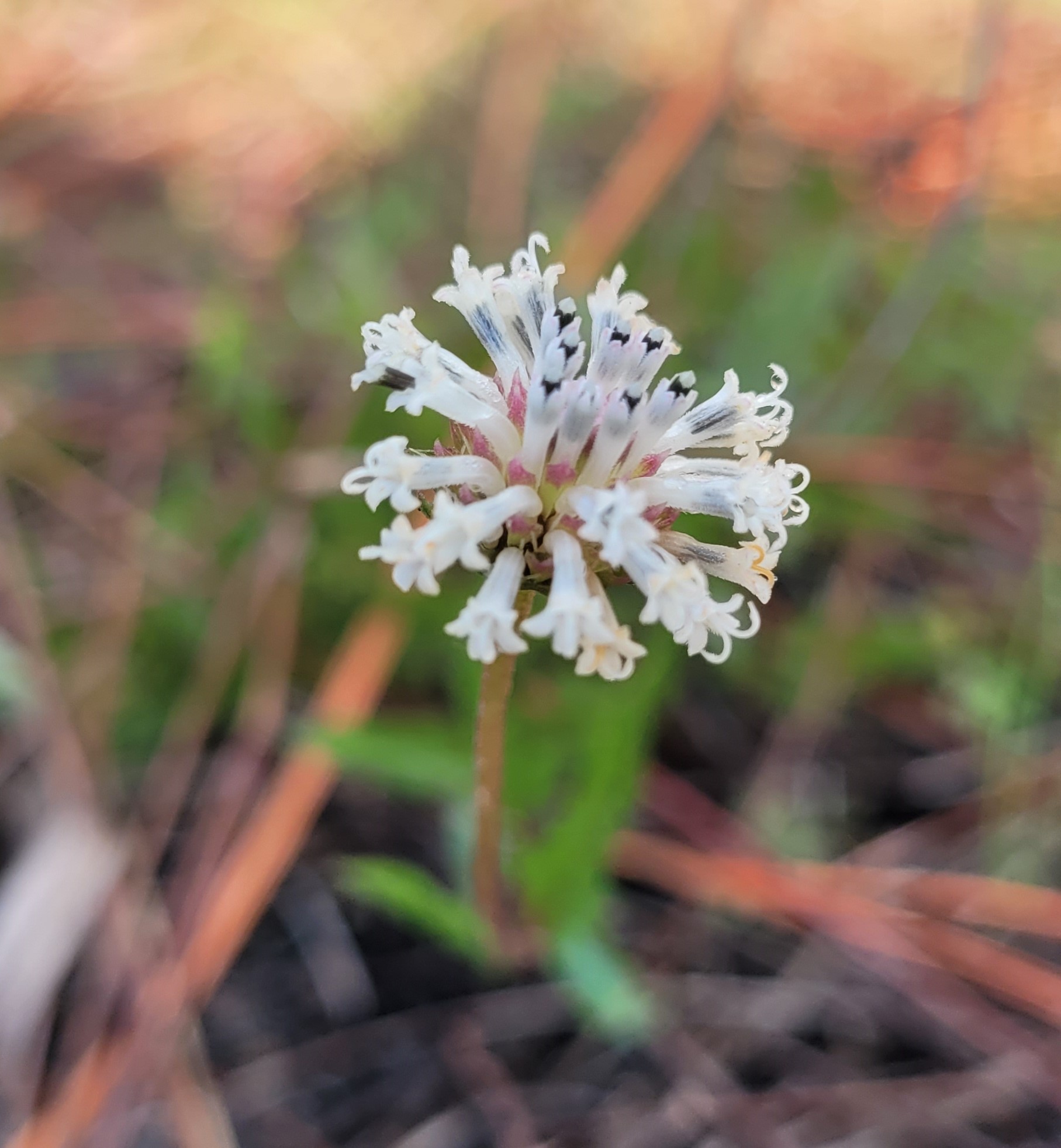 As a hotspot for biodiversity, Florida has a rich flora that spans diverse habitats, from long-leaf ... 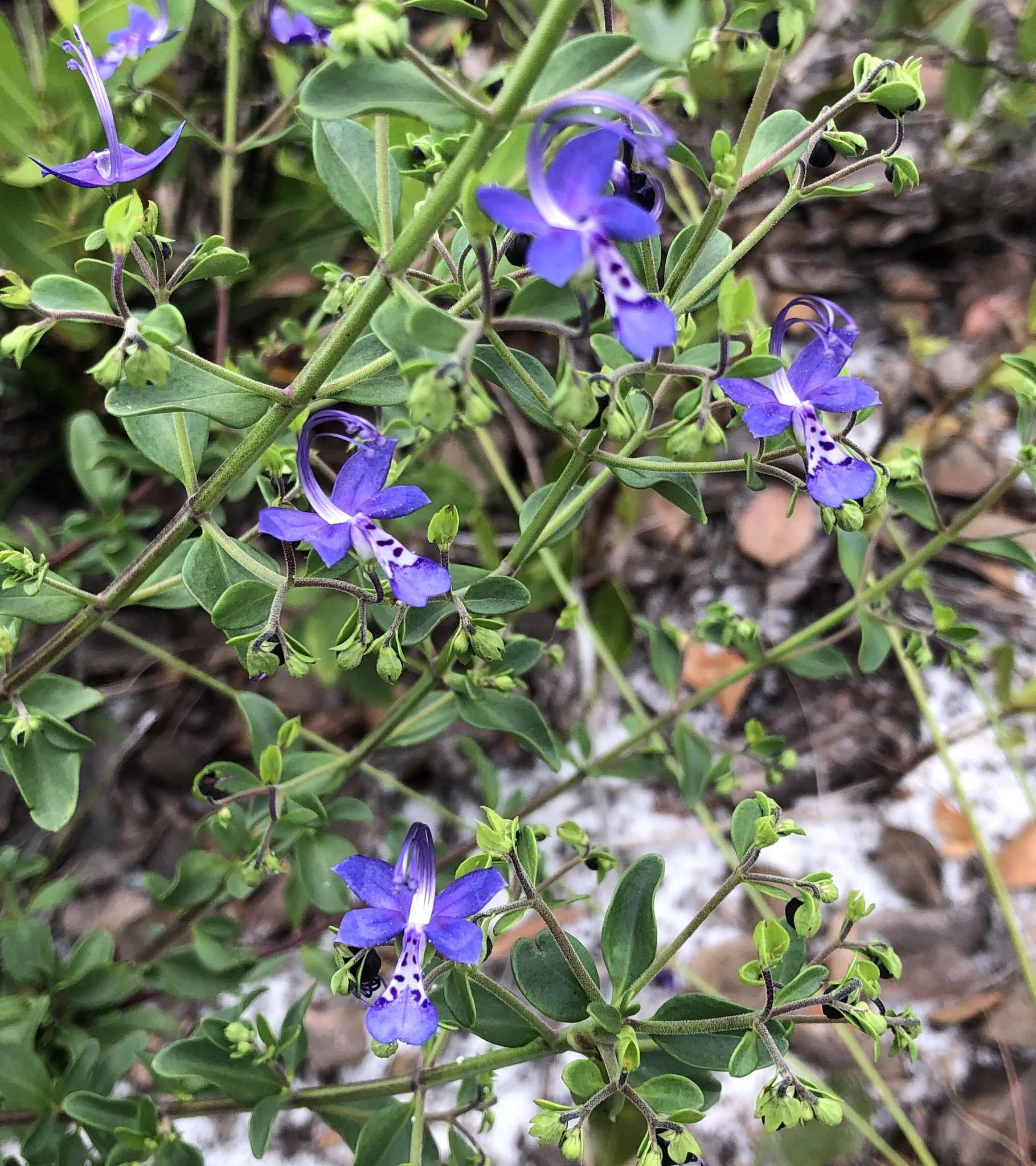 The Spanish bestowed the name La Florida on the region later known as the state of Florida, in ackno... 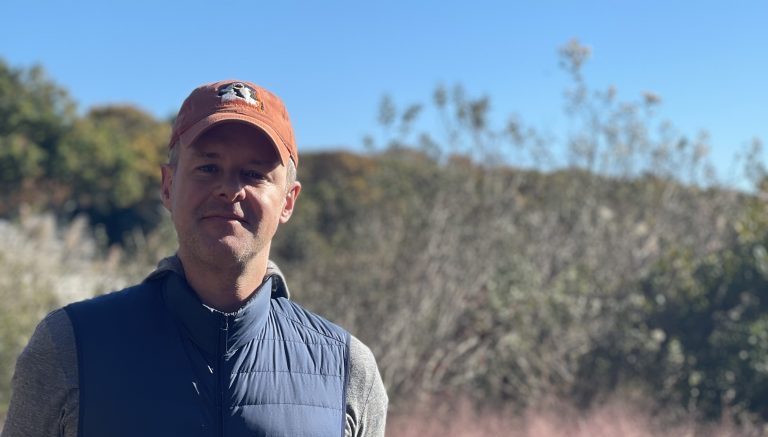 Our January Conservation Champion, Clark Mitchell shares his love of plants and the natural world th...