Dr. McDade has always liked plants – although she will admit to having bad experiences with a few prickly ones as a child. Now, she works to save plants on many fronts: as the Executive Director of Rancho Santa Ana Botanic Garden she leads an incredible conservation-focused organization; as a professor and the Chair of the Botany Department at Claremont Graduate University she is a prolific researcher and mentor; and, of course, as a board trustee, she helps guide the CPC in its effort to help plants in peril.

Where did you grow up? What is your favorite hometown plant?

I grew up in South Florida. My favorite plant….   Hmmm…. I remember learning about royal poinciana (Delonix regia), ixora (Ixora coccinea) and what I later learned about was Duranta repens. It is hard not to like live oaks (Quercus virginiana), mangoes (Mangifera indica), coconuts (Coco nucifera).

I spent time running around outside and so I hated lantana (Lantana camara), whose prickles on the stems rip your legs when you run through them in shorts, and beefwood (Casuarina cunninghamiana), whose fruits covered with pointy structures hurt your bare feet. Thinking about this, I realize that I did not experience a great deal of native plants when I was a child, but of course I came later to appreciate them very much!

When did you first fall in love with plants?

I always liked plants, always planted things, always have been a biologist. I do not come from a professional family, and so did not know that I could BE a botanist until I took a plant course in college. Luckily, the professor encouraged me – I am grateful to him to this day! Until then, I was planning to be a medical doctor, which – given that I don’t deal well with other people’s discomfort or blood – would have been a very bad choice.

What was your path to becoming the director of a botanical garden (i.e., education, career path)?

After getting a Ph.D. in Botany at Duke University, I built my career in a various arenas. I worked for a non-profit, in academia (University of Arizona), at a large natural history museum (Academy of Natural Science, Philadelphia), and came to Rancho Santa Ana Botanic Garden about 12 years ago as Director of Research. I had been enchanted by this garden since I first visited it in the late 1980s, owing to its dedication to native plants, and so was thrilled to have the chance to work here. I became Executive Director six years later. 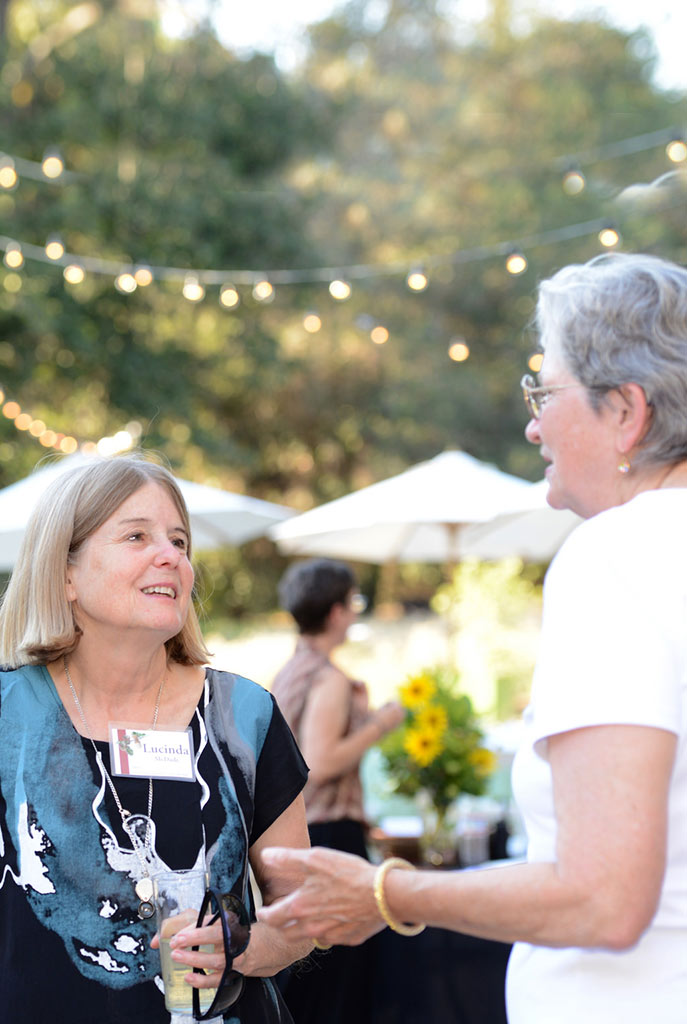 When did your garden become a CPC participating institution? Do you know the impetus for joining?

Rancho Santa Ana Botanic Garden is a founding member of CPC. Conservation is core to our mission and a major part of what we do. It is also in our ‘culture’ to be collaborative, such that joining CPC was entirely logical.

In your opinion, how has your garden benefited from being a CPC participating institution?

The broad group of conservation-minded plant professionals is great for networking. CPC provides an opportunity for sharing perspectives, methods…. what went very well the first time and what required improvement the second time around!

What aspect of your garden and its work are you most proud of?

That’s a tough one as I am proud of all that we do here! I love our Seed Bank – it is the largest repository for seeds of California native plants anywhere. I am very proud of our herbarium: it is among the largest in North America, which is amazing given how relatively young and small we are. I marvel at our living collection, including conservation groves (genetically diverse, planted along maternal lines) of a number of important plants. I am incredibly proud of our nursery, which has become the southern California leader in growing pathogen-free plants. How long have I got? How many pages can I fill?

What accomplishment are you most proud of achieving as Director of your garden?

Growing our Board of Trustees form 5 to 15. It is a long Save story as to why we had five trustees from 1934 until 2013, but since 2013 we have added 12 (two have retired) and the difference is palpable. The board now has a broader perspective and wider reach; more trustees brings RSABG the support of more individuals and each of them brings not only his/her personal suite of talents and expertise but his/her own network of colleagues and connections. This increasing sphere of friends and influence bodes extremely well for the future of our Garden.

What is the biggest challenge you face as Director of your garden?

There are never enough dollars for all that needs to be done. It would also be nice to have a couple or three years in a row of normal to above normal rainfall!

What do you think is the single most important thing your garden does to save plants?

Seed banking, but conservation groves are also terrific for recalcitrant species (i.e., species with seeds that cannot be dried and frozen for long-term banking). Each is a type of ex situ (outside of the plant’s natural habitat) conservation that is vital for maintaining diversity long-term and for supporting in situ (in the wild) conservation. The field work that we do to survey for plants of conservation concern is also vital as it helps land managers to deploy limited resources in a cost-effective way.

Rancho Santa Ana Botanic Garden is home to many native trees including some truly majestic oaks.

What is your favorite National Collection species?

I am going to have to mention two here and for very different reasons. The first is a success story and the second…. It remains to be seen.

Trichostema austromontanum subsp compactum, the “Hidden Lake bluecurls” was recently proposed for de-listing because essentially everything that could be done to secure its future has been done including taking Hidden Lake in the San Jacintos of Southern California off the map! It has been seed banked and surveyed for multiple years; it is on protected land and steps have been taken to strongly reduce the impact of human use of the area on these plants. In most ways, it is as safe as it can be in the modern world.

Cercocarpus traskiae (Catalina Island mountain mahogany) is a small tree that occurs only on Catalina Island, one of the Channel Islands off of the coast of Southern California. It is only known from a handful (fewer than 10 at present) genetic individuals. It is seed-banked at RSABG and we also have a conservation grove of the known genetic individuals. We are sharing plants with other botanic gardens with suitable growing conditions with the goal of weaving a strong security blanket for this species. Interestingly, some of the trees grown on the grounds at RSABG are gorgeous specimens – not necessarily expected given that our climate is rather different from that on Catalina. 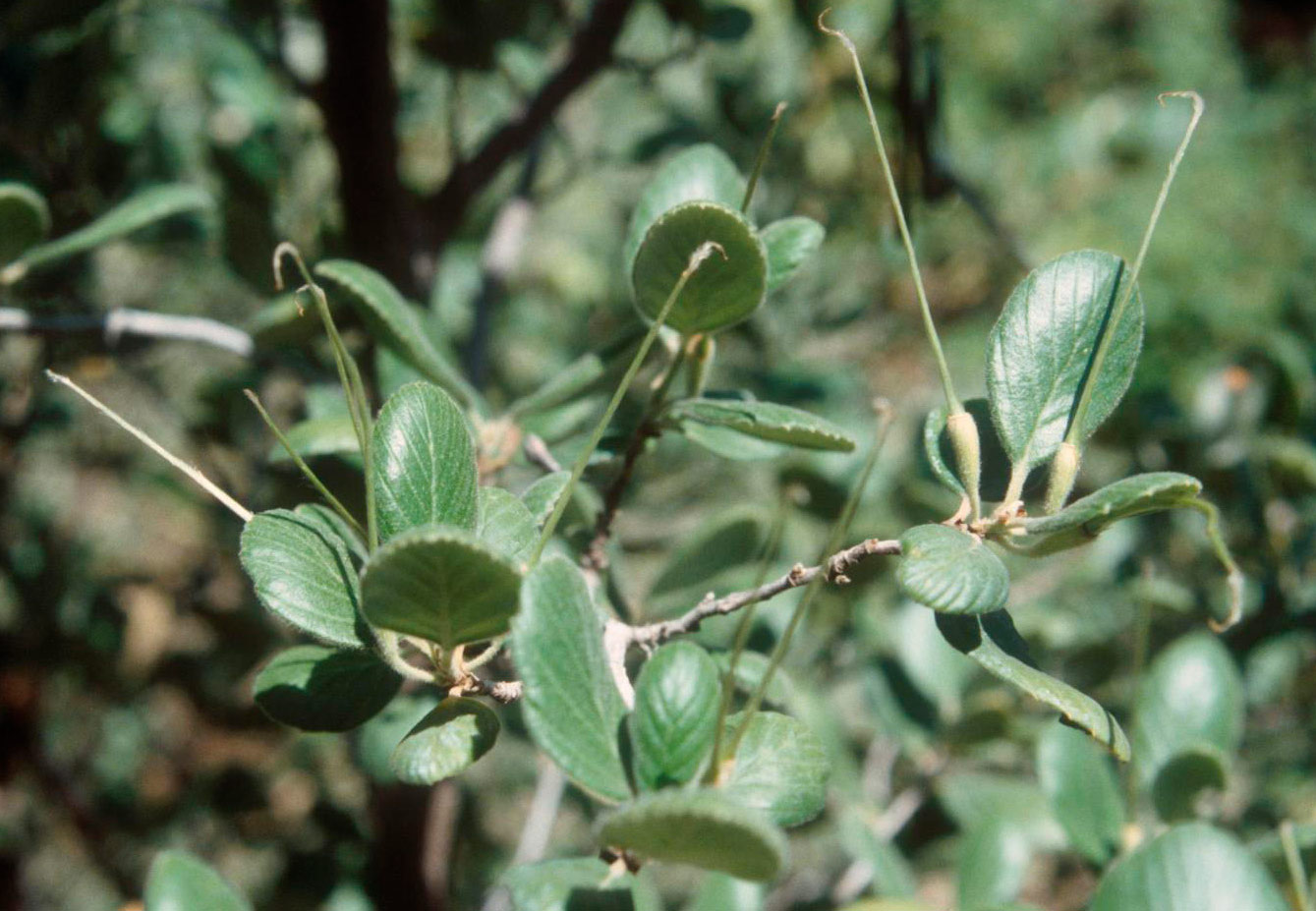 The Catalina Island mountain mahogany (Cercocarpus traskiae) is considered to be one of the rarest shrubs in the continental United States. Photo credit: Michael Wall. 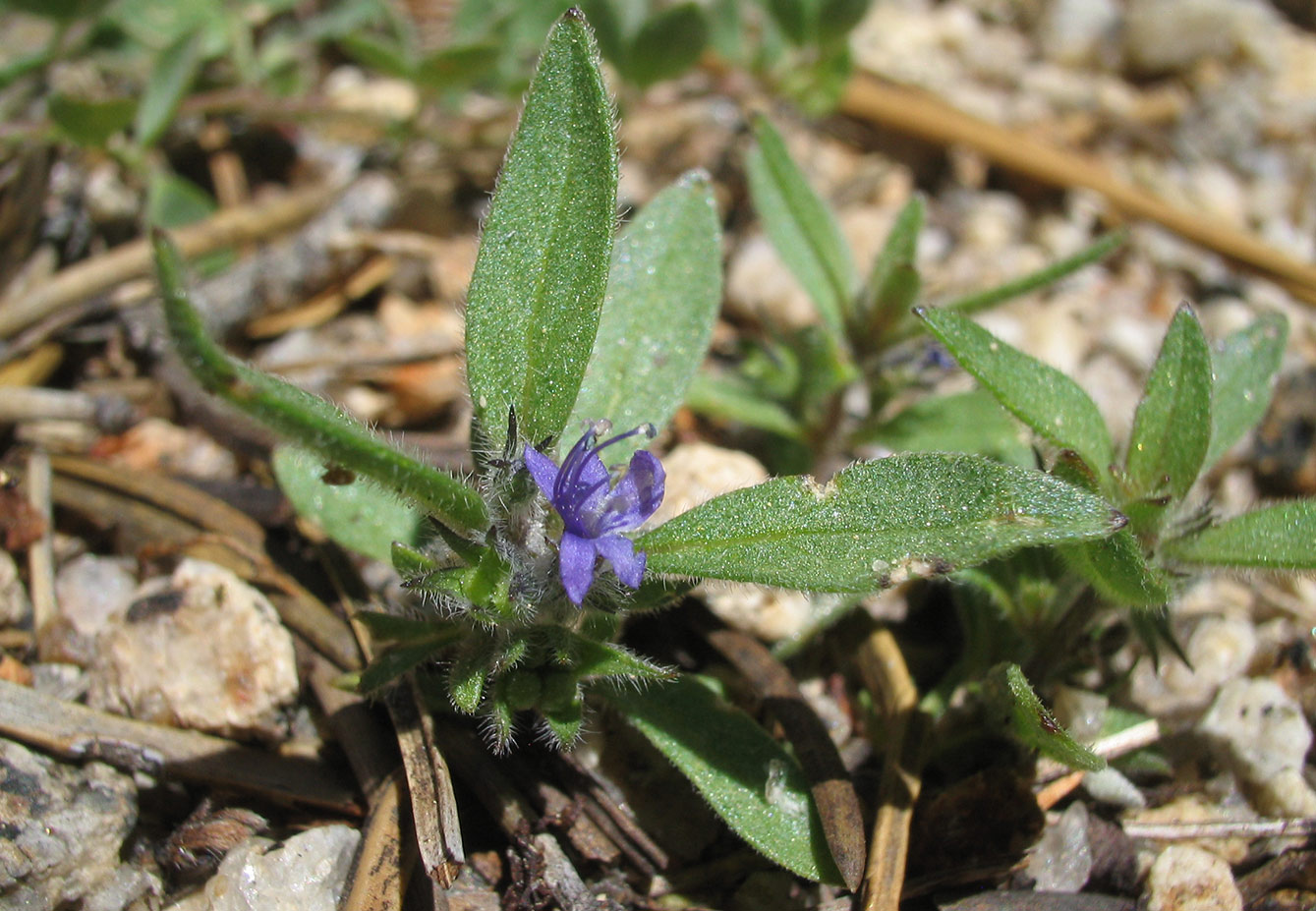 Hidden Lake blue curls (Trichostema austromontanum subsp. compatcum) is known to occur at one location in the world, in the San Jacinto Mountains in Riverside, County. Photo credit: RSABG.

Why do you think it is important for Garden Directors to be represented on the Board?

We enable the other trustees to ground truth – to ask very practical questions about the impact of decisions, policies, etc. on the Participating Institutions. As a plant scientist, I can also help to fill in their knowledge of plants. I have found that the non-director trustees value our presence and input, and of course we value them immensely for their service and commitment to securing the future of our plant heritage.

What prompted you to agree to become a Trustee for CPC? What unique perspective do you think you bring to the board?

I joined because I care about the organization and wish for it to prosper, so that its mission – safeguarding the plants of North American – will be successful. My unique perspective is at the odd intersection of knowledge of plants and finances.

What excites you the most for CPC moving forward?

The CPC is in a good place now, with solid staff and an entirely reasonable funding model that should position it well for success. It is great to see support for conservation-in-the-trenches coming along now in the form of protocols, documentation and other materials that provide solid support for the staff at our Participating Institutions as they do the important on-the-ground work on plant conservation. Also, the Board of CPC is an excellent group of dedicated people and it is an honor to know each and every one of them. It has been inspiring to serve with my old friend and colleague, Peter Raven. Peter has contributed so much to CPC including hard work to vitally secure its future. I am very much looking forward to the next stage of the CPC board under the leadership of Lynde Uihlein.